While the world’s population increases, further complications occur such as a decrease in social cohesion. These present challenges and new opportunities for the world’s current designers. How do they present themselves? The 20th century has been the century where our global population grew from 1,65 to 7 billion. In 2100 it is even projected to reach the 11 billion. Where the world life expectancy in the beginning of the 20th century still was 40 years, this has now increased to 60 years due to advances in nutrition and health care. This increases our demand for resources dramatically while we already know they will be insufficient considering our current lifestyles. So, in short, this means more people and older people. The crowd continues to grow.

As our numbers increase, so does our mobility, with unprecedented numbers starting to migrate. This not only increases the ongoing rural to urban shift but also the international migrations. It is particularly evident amongst the weaker regions, especially susceptible to the increasing scarcity and lack of opportunities, exacerbated by processes such as climate change. In effect it increases the likelihood of violent conflicts. For growing numbers this migration is a daily reality. These shifts ask for design solutions for housing the increasing populations, but also considering the unexpected consequences. These large moving masses need to be coordinated in order to ease increasing tensions within our societies. A moving crowd.

Within our societies the increasing inequality in income and opportunity is becoming larger and more evident. This is particularly visible due to reports such as the one revealing the world’s eight richest men are now as wealthy as the bottom half of the world’s population. Our living environment is one of the facets of our lives most affected by this clearly financial divide. A divided crowd.

However it does not stop there. Apart from our incomes we have also segregated ourselves along the lines of beliefs, social status, education and ethnicity. This seems to result in socially incohesive cities and creates physical and nonphysical barriers. Where do we still come together? Where in the past our social lives revolved mostly around our own houses or neighbourhoods, the advent of digitalisation and the ongoing data revolution have already drastically started to change our lives. We may now feel more connected to individuals across the world than those across the street, further increasing our desire to segregate. Our living patterns and corresponding built environment are being affected in their suitability, with increasing frictions between communities affecting individuals. This rapidly changing society changes our ways of communicating, living, working and consuming. A crowd of individuals.

While surrounding ourselves with those similar to us to escape from the frictions in physical social interaction, we are starting to feel an increasing unease. And yet we feel crowded.

As we are confronted with these challenges we can start to imagine where to proceed from here. This offers us as designers, architects and urban planners new opportunities to position ourselves within this changing context. The developments affect us in different scales, from the scale of the person, to that of the crowd and affect our environment form the building to the city. This calls into question our idea of the city and calls for new visions for our urban landscapes. Also how do we manage the crowd?

INDESEM 2017 would like to offer a platform for this new generation where they can take up their responsibility and discuss and anticipate on these crucial matters. The event should be considered as an opportunity to define a new approach to architecture and its designers, which can contribute to a changing way of dealing with this crowded world. How should cities densify and grow on different scale levels? How to intensify new urban developments? How to build the city inwards? 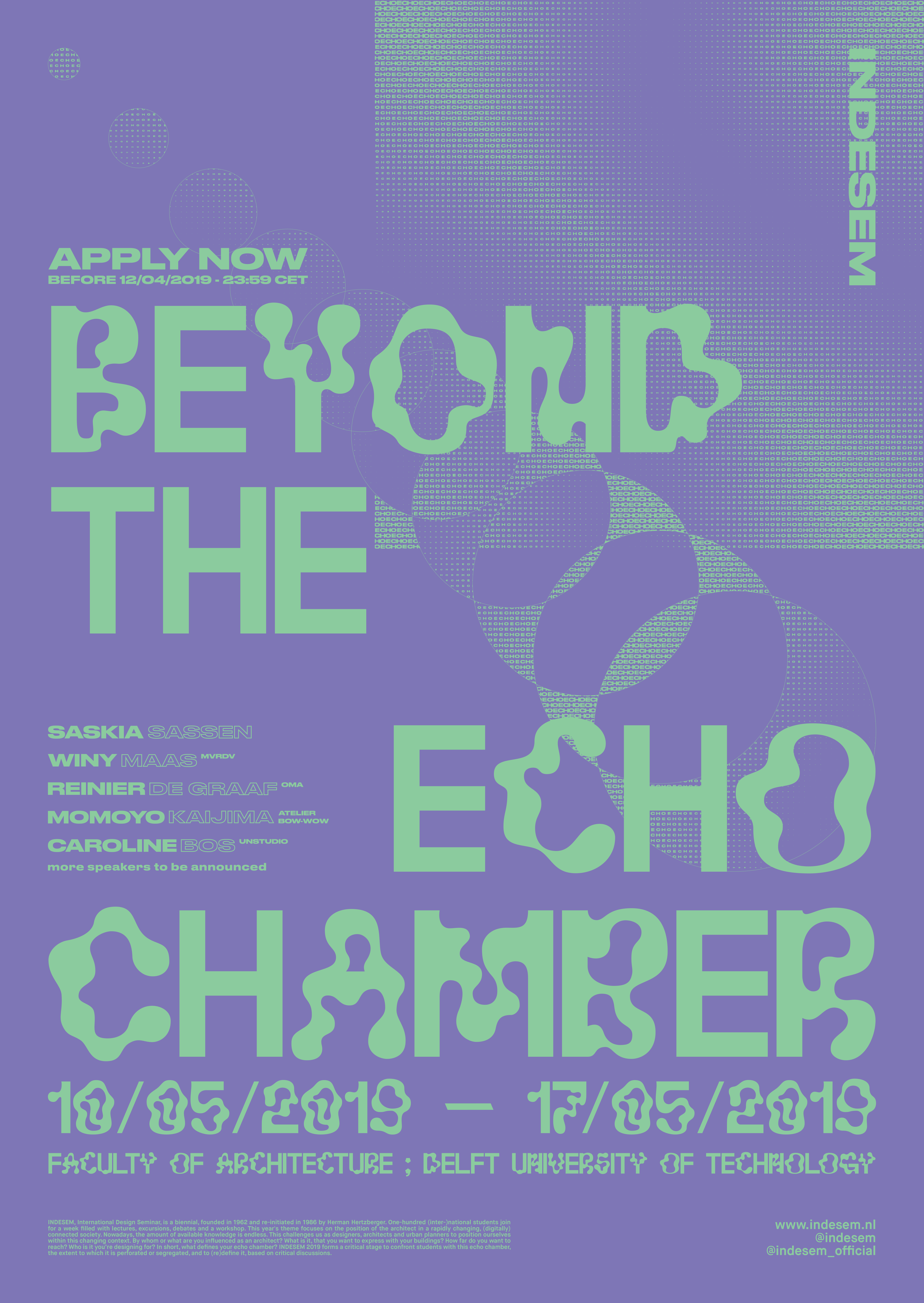 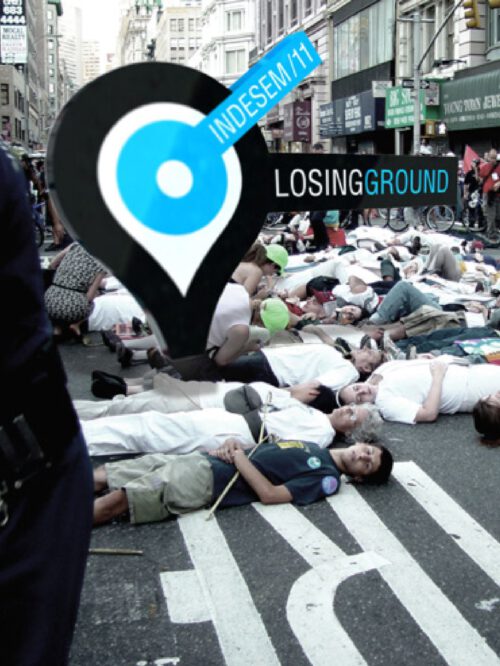 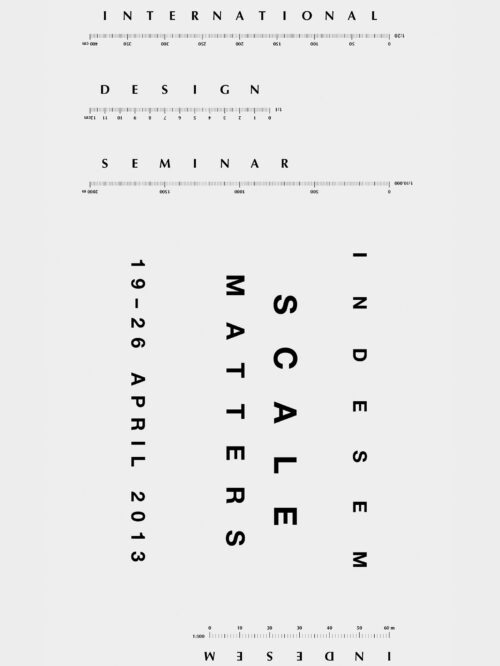 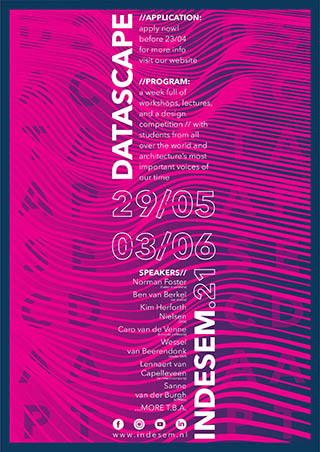 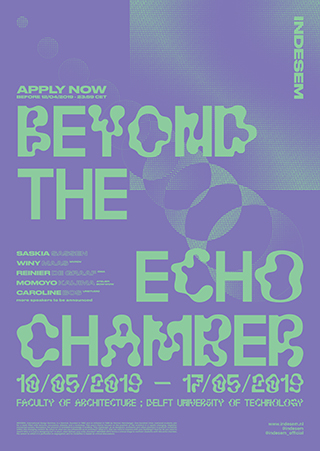 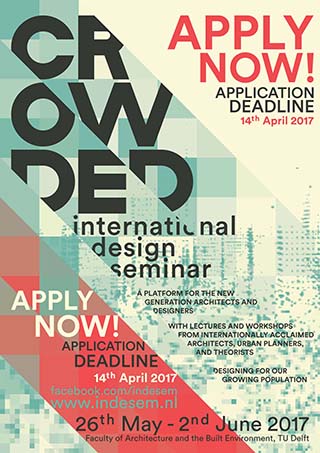 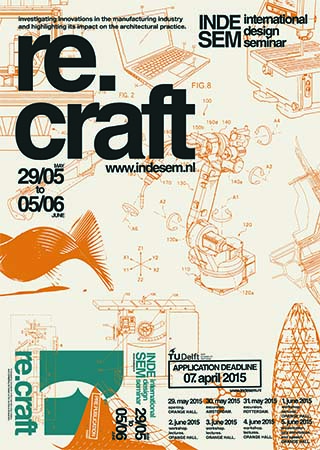